Ethiopia | The good news: Don't miss out on a new job opportunity in America

Not many children have the opportunity to attend classes with their parents.

But recently a native Somali mother and daughter in the United States have been able to do so.

It is said that mother and son graduated from the same university at the same day.

Fahad Ahmad Ahmed Mohamed and his second and final daughter, Amina Mohamed, graduated from a university in Virginia in one day with a Master's degree in Information Technology.

The family came to the United States in 1980 as a refugee, and then the family returned to Somalia, the BBC said.

Following this, the responsibility of managing the family of his three-member family, including Sophia, Amina's older sister, is revealed.

After raising her two daughters, Amina and Sophie, in school, she said that in her 50s, she herself was back in school.

She and her youngest daughter, Amina, at the same University in Virginia, both studied information technology and both graduated in one day and were able to fulfill the promise she made to herself years ago.

Ethiopia | The good news: Don't miss out on a new job opportunity in America 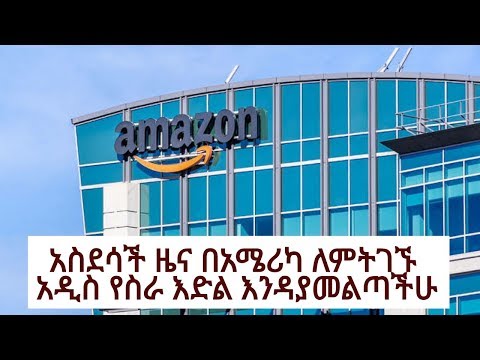