I am writing this to the children of Addis Ababa and to other Ethiopians who believe in reasoning and discussion. If you can see nationals, post this one if I haven't seen it! Especially the Amara and Oromo nationality hold me up in the God of Law! ;)

How are you new flower? How do you feel when the nation is arguing over a nation that we have eaten and made of clay? :) No one said that this nation is a nationalist! If we haven't seen them, let's talk about the truth about our mayor and his Alexander campaign!

Bashaye ... As you know, the political change I have in Ethiopia has also come up. However, the change does not result from a change in the system but because of the behavioral and individual changes in the system. Despite the changes, neither the constitution nor the other laws that govern us have changed. This means that in the future, we will continue to live in the current law, and that we will be guided by the existing law until the system that is chosen can change or change the law!

Brewer ... We just don't know the law and the constitution attached to it! We won't accept it! What a fool! As you know, it's a law as long as it doesn't break the law in any world! Will a person who does not obey the law wait until he chooses someone who will reflect on the systemic change and not simply forcefully reject the law? Isn't this a reflection of the current freedom? When citizens in every region are displaced and violated, we say, "Respect the law," when it says that they don't obey the law. (Judge me, please)

My friend ... The appointment of Engineer Takla Uma is legitimate!

Many people, including Alexander Nega, say, “The City of Addis Ababa's Charter 361/95 is the mayor and vice mayor of the city. Tall Uma is not a member of the House but his appointment is not legal. ”

This statement seems to be correct, but it appears to be biased.

Right there on the charter, he said, "The federal government can amend the charter when it deems it necessary!"

It is with this authority that the federal government extended the term of office of the House. Of course, there will be people who say, "This authority has not been made clear to whom." But when we read the charter down

We find it clear in the article "The Federal Government has the power to destroy the House if it wants to!" This, in the light of the interpretation of the law, rejects the criticism that the authority that has the power to demolish it when it seeks the House has no extension to the age of the House. There is a definition of "permissive" when the law is translated. And the purpose of the extension is clear! So the above question is wrong in Alexandria and Isa.

(With this, EPRDF has changed the law with force?

The City Council is, of course, accountable to the federal government. The Federal Government has reorganized its charter and mandated that the Deputy Mayor be appointed outside the House. And engineer Taka Uma was selected. So what's this illegal?

(Let us say that the election is illegal for those who say we know it or don't pass it :)

The idea that "the mayor should only do administrative work until election time" has been criticized by Alexander at the last meeting, which is against the law!

(How to say good)

"In the absence of the mayor, he will replace the mayor and do the mayor's entire job," he says. What? Charter! :) This means that the Deputy Mayor has full authority.

(In this case, the argument that the mayor only works administratively will be dismissed here.)

The other Isas I hear is that "when the charter is improved, the public has to discuss it!" This is a big mistake!

First of all, when the law is drafted, it is not discussed by the public! He never discussed it. And the law does not! The people should talk to improve the constitution, not the charter. And the Charter is more than a proclamation under the Constitution!

Well, these are the same legitimate questions I have heard as they rise against the mayor. As I wrote above, I have tried to prove that the questions themselves are wrong. Just calm down and make your own judgment!

But what is out there is noisy! It's a rumor. That's what Abdi Abdi said, more than the tears for her!

Personally, I support the organization of the people of Addis Ababa. But when it was time to sit down and discuss it, why did Agriverly push his agenda, come to an unprofessional conclusion, and set a bargain in a matter of days? Is the Bellade, a law-abiding party, the law itself? Ask Yourself! Why don't we walk in a simple calculation that we should break the law and be equal to them? "

Finally, Dad ... I was born in Sheger, and when I needed it, I would advise you to keep your poor brother in law and the advice of a poor newborn child, who is not a connoisseur who has condoned my home with her.

No mayor has been raped and stripped of land that has not been used by hard-working investors for years!

He has taken the kebele houses, which are divided into corruption and kinsmen, and he has given justice to the poor of the city, as no one can testify.

Not fulfilled No is trying to implement a major development project that could make Addis Ababa a tourist destination.

Whether it is to send it from the day of election and after the election, Satan is still working day and night to unite with his people and to solve the city's problems, despite his unintentional hatred and insults.

Despite being condemned for all the decisions that he has made, Andriba Kumar is being blamed for all the wrongs of the region, and the name of the people who have different agendas is disappearing, but he works more than twelve hours a day and tries to overcome the negativity as much as he can.

More than this and his many inspiring works 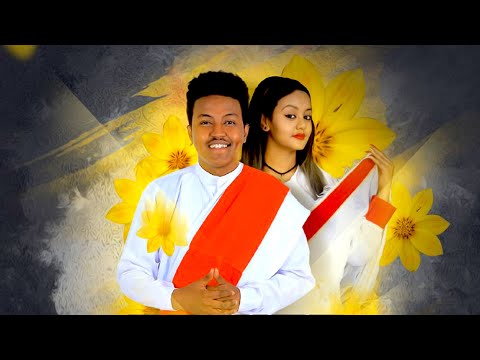 I am writing this to the children of Addis Ababa and to other Ethiopians who believe in reasoning and discussion. If you can see nationals, post this ...